You can meet their work at The Petri Dish.

His professional path began at the age of 15 in the Fine Art College in Kazanlak, Bulgaria where He studied from 1975 to 1980.

In 1982 He began his degree in the National Art Academy in Sofia in the class of Prof. Peter Mihajlov. He graduated in Fine arts from the Academy in 1988.

Until 1999 He lived and worked in Sofia, Bulgaria. During this period, as a free-lance artist, He presented series of works in galleries across the country and took part in national general exhibitions.

Since September 2003 He lives in the UK with his family. He has exhibited his fine art in galleries like Iona House, Obsidian Art, Beeby Gallery and sold paintings to private collectors independently.

He has completed many commissions, mainly portraits and landscapes. His paintings has been bought by private collectors across the world – UK, USA, Germany, Sweden, Norway, Switzerland, Australia, Hungary, Croatia, Bulgaria.

In his early career He has also created illustrations and developed books and magazines cover design for several publishing houses.

He works in a variety of media including oil, watercolour, pastel, acrylic and mixed media.

He presents to you some of his latest work and hope his art resonates with you.

Come and have a closer look at the paintings and if you feel the desire to buy one or more of them get in contact with the artist and you can buy the pictures directly from him.

She went on to study Art at the “Reale Accademia di Belle Arti” (Royal Academy of Fine Arts) in Naples, Italy, following a Degree in Art Painting in 1991. Further on She obtained a Diploma in Decoration and Painting techniques at the “Istituto d`Arte F Palizzi” (art school) Naples, Italy, in 1992.

Her passion for creativity in every field – She also enjoys playing a couple of musical instruments – has meant her life revolves about Art and Design environments.

She has always been enthusiastic about Art, Design, Illustration, Visual Communication and all things that deal with shapes and colours, and how to replicate them at their best.

Since She graduated, She has been working as an Artist, Illustrator, Graphic Designer, Pre-Press technician, produced art paintings and countless murals and portraits for private customers, book illustrations for publishers, graphic design and illustration work for Advertising agencies in Italy and UK.

She thinks dogs are the BEST inspiration ever, while She works with shape and colours. Just love them!

Her life-long love for animals, nature and all surroundings, along with over 30 years experience in observation, drawing, illustration and art painting, allows her to capture those attributes that make each natural scenery, each object, each pet unique, to collect all these feelings and bring them into her work. She always aims to capture characteristics, personality and soul of each of her subjects.

You can get in contact her if you want a portrait about your favourite pet or any graphic design.

She was inspired to become an artist after discovering such painters as Kiefer, Richter, Shultz and Tapies who generated a passion to capture the fabric of a subject.

While studying  Fine Art She immersed herself into Collage, Printing and Photography to enhance her work. Using experimentation  to create paintings through mark making encapsulating complex surface textures.

She has a BA Hons in Fine Art, and credited with Contemporary Artist of the Year 2015 by Aspire,and 3rd Place Winner of the Stone Award International Competition 2018. Also recently 2019 Runner up San Diego International Art Exhibition.

The appeal of her work to Collectors and Art enthusiasts is by way of owning an individual unique statement pieces, that will generate both a visual and tactile response.

Photography based Art, has produced a body of work of both paintings and images. From Cuba, New York, Barcelona, Japan but also inspiration taken from everyday objects and abandoned artefacts that surround us.

She is a fibre artist living in Aylesbury, Buckinghamshire.

Being immersed in our beautiful countryside and visiting the seaside makes her happy.

In her work, She recreates that feeling of wonder, evoking the beauty of our wild spaces, with contemporary felt, textile and embroidery techniques.

Get lost in nature and you will find yourself ” – Anon

The tapes come in 9 colours plus black, grey and white.

These tapes have good adhesive properties but can easily be removed, allowing you to change colours quickly. A firm support such as Mountboard, hardboard, canvas board, etc. is ideal as a surface to work on. . The tapes offer a smooth surface on which He can use acrylic paint and acrylic marker pens on top to complete the picture.

Mike has moved just recently from Aylesbury to Bicester.

She was born in Aylesbury. A self taught artist. Her former career was in advertising in London and New York. She left the industry in 1999 to pursue different avenues. An Anatomy, Physiology & Massage course in London; a couple of property refurbishments in Northamptonshire and a Spanish language course in Malaga.

On a whim she took herself off to a friend’s magical wedding in Hawaii. With just a rucksack on her back, this was the beginning of her life as an artist. The whole experience stirred up a deep desire in her to paint. Her style is predominantly narrative inspired by long walks in the countryside and daily observations. Her love for watercolour remains.

Martin H. Manser is a professional reference-book editor. Since 1980 he has compiled or edited over 200 reference books in the areas of English language and Bible reference. He has also written or edited books on writing and business and time management. Since 2001, he has been a language trainer and consultant with national and international companies and organizations, leading courses on communications and business skills, eg on time management, project management, report writing and running effective meetings.

We keep in stock a nice selection of his books for sale in The Petri Dish. 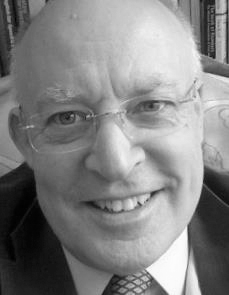 No comments to show.

What happened on our Art Cafe Evening (31st of March)

Foodbank distribution and collection point on the High Street

What happened on our Art Cafe Evening (31st of March)

Foodbank distribution and collection point on the High Street